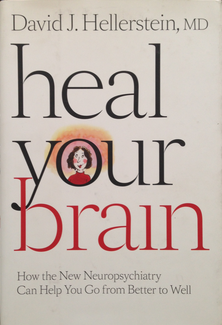 Dr. David J. Hellerstein is a psychiatrist practicing in New York City.  A Professor of Clinical Psychiatry at the Columbia University College of Physicians and Surgeons, he is a research psychiatrist at the New York State Psychiatric Institute, New York, NY, and Director of Medical Communications at the Columbia University Department of Psychiatry.  He was formerly the Clinical Director of the NY State Psychiatric Institute. He specializes in the treatment of mood and anxiety disorders, with a particular focus on the medication treatment of dysthymia, or low-grade chronic depression. Dr. Hellerstein is also Director of the Depression Evaluation Service (DES) in New York, part of the Depression Evaluation Service , which conducts studies on the medication treatment of chronic depression.  He has published over 100 scientific articles and book chapters on subjects including the treatment of dysthymic disorder, supportive psychotherapy, and the use of group therapy in schizophrenia.

Dr. Hellerstein has also received national recognition for his literary writing, and has been awarded the Pushcart Prize, several MacDowell Colony Fellowships, and a 2016 residency at the Virginia Center for Creative Arts (VCCA). His books include Battles of Life and Death (essays about medical training), Loving Touches (a novel), and A Family of Doctors (a memoir of five generations of doctors in one family), and his journalism has been published in magazines including Harper’s and The New York Times Magazine.

His 2011 book, Heal Your Brain: How the New Neuropsychiatry Can Help You Go From Better to Well, was published by the Johns Hopkins University Press. A Distinguished Life Fellow of the American Psychiatric Association, he has served as President of the New York County District Branch of the American Psychiatric Association. He has a private practice in psychiatry and psychopharmacology. He has a blog on Psychologytoday.com at: Heal Your Brain.

His Books
View on Mobile